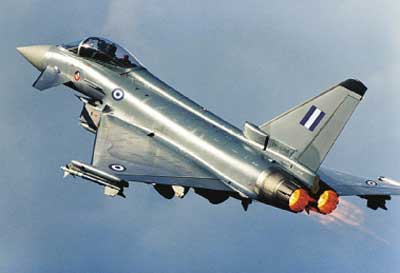 The Typhoon ballistic missile nuclear-powered (SSBN) submarines are the largest submarines ever to be built. They were constructed at the Severodvinsk Shipyard, on the White Sea near Archangel. The first of the six members of the class to be commissioned was TK 208 in 1981, followed by TK 202 in 1983, TK 12 in 1984, TK 13 in 1985, TK 17 in 1987 and TK 20 in 1989. TK 12 and TK 13 are no longer operational. The submarines are stationed with the Russian Northern Fleet at Litsa Guba.

Russia has begun scrapping its Typhoon submarines, assisted by the United States, through its Co-operative Threat Reduction Program. US funded processing facilities will remove nuclear material and convert it into forms suitable for long term storage or re-use.

The Typhoon class submarine is of multi-hulled design - five inner hulls are situated inside a superstructure of the two parallel main hulls. The superstructure is coated with sound-absorbent tiles. There are 19 compartments including a strengthened module which houses the main control room and electronic equipment compartment which is above the main hulls behind the missile launch tubes.

The submarine's design includes features to enable it to both travel under ice and for ice-breaking. It has an advanced stern fin with horizontal hydroplane fitted after the screws. The nose horizontal hydroplanes are in the bow section and are retractable into the hull. The retractable systems include two periscopes (one for the commander and one for general use), radio sextant, radar, radio communications, navigation and direction-finder masts. They are housed within the sail guard. The sail and sail guard have a reinforced rounded cover for ice-breaking.

Maximum diving depth is 400 m. Speed is 12 knots when surfaced and 25 knots when submerged. Typhoon is capable of spending 120 days at sea.

The submarine carries 20 RSM-52 intercontinental, three stage solid propellant ballistic missiles. The two rows of missile launch tubes are situated in front of the sail between the main hulls. Each missile consists of 10 independently targetable multiple re-entry vehicles (MIRV's), each with a 100 kiloton nuclear warhead. Guidance is inertial with stellar reference updating. Range is 8,300 km with accuracy (CEP) of 500 m. The missile weighs 84,000 kg at launch and was designed by the Makayev Design Bureau. It has the NATO designation of SS-N-20 Sturgeon.

The sonar is an active/passive search and attack type with the sonar mounted on the hull under the torpedo room. The submarine is fitted with I/J band surface target detection radar.

The submarine has both radio and satellite communications systems. It is fitted with two floating antenna buoys to receive radio signals, target designation data and satellite navigation signals, at depth and under ice cover.

The submarine main machinery consists of two nuclear water reactors and two turbogear assemblies comprising steam turbine and gearbox. One reactor and one turbogear assembly are fitted in each main hull. Each nuclear water reactor produces 190 megawatts. These drive two 50,000 hp steam turbines and four 3,200 kW turbogenerators. Two 800 kW diesel generators serve as standby propulsion units and are coupled to the shaft line. The two propellers are 7-blade, fixed pitch shrouded. The built-in thrusters on the bow and stern are two telescopic turning screw rudders and are powered by a 750 kW motor.