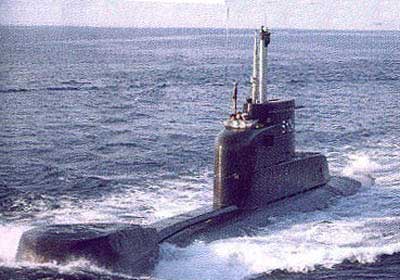 At the end of March 2011 Jane’s reported that the Thai government had agreed to buy 2 of Germany’s retired Type 206A diesel electric submarines, for a bargain price of about $220 million. There was reportedly an agreement in principle, with funding expected in the FY 2012 defense budget. Changes of government, and the real commitment needed to have a submarine force, kept that report from becoming a reality.

The Thais remained interested, but international competition has emerged for the German boats, and the deal finally unraveled entirely. That leaves an interesting asset on the global market. At just 500 tonnes submerged displacement, the 48.6m long U206 boats are among the world’s smallest attack submarines: The U206As.

These boats are on the market because Germany abruptly decommissioned external link all 6 of its U206As in June 2010, leaving that country with a fleet of just 4 modern U212A AIP boats. The move was undertaken as part of severe budget cuts, but the small U206A submarines were already slated for retirement between 2011-2015.

Thailand, in turn, as very limited budgets of its own to work with, which makes a second-hand sale attractive. The special forces and shallow-water capabilities of the U206As are also an excellent fit with Southeast Asia’s littoral environment. The Thais are thinking hard about the best ways to protect their offshore natural gas resources, in a region with territorial disputes aplenty, and a number of neighbors in Malaysia (Scorpene), Indonesia (U209), Vietnam (Kilo), China, etc. buying submarines.

Designed to operate in the Baltic Sea during the Cold War, the U206s’ design, 500t size, and materials reportedly give them exceptionally low acoustic and magnetic signatures, as well as great maneuverability that extends to very shallow waters. The submarines received refits in the late 1980s – early 1990s, adding the STN Atlas DBQS-21D sonar, new periscopes, a new weapon control system, a new ESM system for tracking enemy electro-magnetic emissions, and GPS navigation. A crew of 22 people commands the boat and its armament: 8 Atlas DM2 family torpedoes in 8 x 533mm torpedo tubes, plus up to 24 mines, carried externally. Maximum range is reportedly 4,500 miles, but only if restricted to 5 knots speed.

Their best modern counterpart is probably DCNS’ new 855t Andrasta Class external link, which has yet to find a buyer.